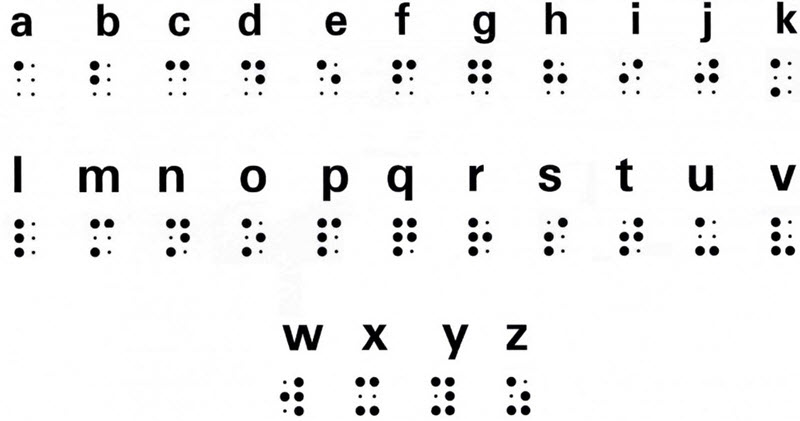 In this context, the term inkprint is used for text intended to be read by the eye, regardless of it is actually printed using ink or not. Thus, a text stored in a computer file or displayed on a computer screen where it can be read visually will also be called inkprint.

Also, the term braille is used for text intended to be read by the finger, regardless of if it is embossed on paper, stored as a computer file or displayed on an electronic device.

Software programs for translating braille to inkprint and vice versa are available for a multitude of devices, including:

Problems may arrise if the braille translater isn’t propertly programmed to handle both uncontraccted and contracted braille.

With uncontracted braille, each letter correspondens to a specific braille character.

With contracted braille, certain letter combinations can be represented with just one braille character instead of two or more.

One of the first examples of using a computer to translate inkprint to braille is from the United States, where the American Printing House for the Blind of Louisville, Kentucky installed such software on their mainframe computers.

DOTSYS was a software for braille translation created by Robert Mann at M.I.T. in the 1960s. Another group at M.I.T made an embossing device, the M.I.T Brailemboss.

Eventually, MIT decided to out-source the software work to MITRE Corp and this is where DOTSYS III was developed, as a public domain program for the Atlanta Public Schools. DOTSYS III was the first braille translator written in a portable programming language. Behind DOTSYS III was a team consisting of Robert Gildea, Jonathan Millen, Reid Gerhart and Joseph Sullivan.